Top 7 Young Adult Novels to read from AllAuthor
Young Adult Novels are primarily published for kids aged 12-18 but are also prominent among the 15-20s age groups. YA is one of the most sought for type of genre with stories exploring the protagonist’s challenges and issues during the teen years. YA novels are also referred to as coming of age novels.
From the wide range of novels offered by AllAuthor, we’ve picked up the seven best YA novels that are must reads in 2017!
With their heart and souls poured over the pages – the authors have done a tremendous job with these YA novels and left us readers in a state of complete awe!
To explore more genres and authors, visit: www.allauthor.com 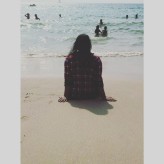 Most Iconic Mahatma Gandhi Quotes Of All Time