The world of publishing is changing, opening doors to new writers that once were closed. With the advent of ebooks, self-publishing and print on demand companies, authors no longer need a big imprint behind them to get the word out about their works. And with social media and online reviews, there are more ways than ever for writers to get their name in front of their target audience.

But trying to stand out from the crowd can be a challenge. And this is where awards can help give you an edge.

Winning book awards can help build trust with readers and boost your sales.

How Can Book Awards Help You?

Awards Establish Your Credibility as an Author.

The publishing industry can be fickle — one day an author is hot, the next they’re not. That’s why so many authors have added “best-selling” or “award-winning” to their book covers. It’s not a trend that will go away anytime soon — in fact, it’s getting stronger as self-published authors compete for readers.

For new authors, book awards can be an excellent way to gain credibility, prove expertise and get a little extra publicity. It doesn’t matter if you’re an indie author or traditionally published. Awards can put an author’s name out there, help him or her gain credibility with readers and make it easier to promote future books.

Awards are particularly important for self-published authors. Many readers have a distrust of self-published works and often question the quality of indie books. Awards can go a long way toward changing that perception. They show that the book was judged by professionals in the publishing industry, who believe it’s worth honoring.

But awards aren’t just for new authors. Even established writers can benefit from awards and increase the author’s visibility among readers.

Awards Can Increase Your Book Sales.

Authors who win or are finalists for awards often see an increase in book sales. Awards can help authors to build their credibility and this increased credibility can lead to more book sales.

Awards show you have been endorsed by a reputable organisation or person in the industry, which adds an element of trustworthiness to your work. And readers would be more inclined to buy a book with an award over another unknown contender simply because they have been recognised as having produced high quality work from these authoritative organisations.

In some cases, awards may even be seen as a guarantee of quality, which can help to encourage people to buy your book.

If you’ve been lucky enough to win an award, don’t hesitate to capitalise on the attention by promoting your book as much as possible. You can add it to your book marketing strategies, highlighting your award to garner more interest from your readers. You may be surprised at how many extra sales you can achieve!

Awards Improves Your Chances of Finding a Publisher.

If you are recognized by an award, it shows that your peers trust your skills and abilities as a writer, which can open doors for more opportunities in the future.

It’s well known that both agents and publishers like seeing that their authors have won awards before accepting them as clients or publishing their books.

Similarly, major retailers often use awards as one factor in deciding which books to stock. If you’re hoping for this type of exposure, awards may help you get it.

Awards Can Boost Your Morale.

Not many of us consider the wonders an award can do to build up our morale.

Most often, an author’s life is an one-man/woman show. You never know if you’re doing things right. But an award can reinforce that you’re on the right path.

Winning an award can also give you a boost in morale, which can be helpful when it comes time to write your next book. It can be motivating to know that your work has been appreciated by others in your industry, giving you the drive to create something even better for your readers.

As much as you might not want to brag about your victories, receiving an award does give you credibility with readers who are trying to decide which new books are worth their time or money.

If you’ve been nominated for or have won an award, be sure to shout it from the rooftops! Let your fans, followers and potential readers know about your accomplishment!

You can add your awards to:

How Can You Add Awards to Your AllAuthor Profile?

Just go to your accounts section -> Add Awards (from the left panel) and add your awards! As simple as that! 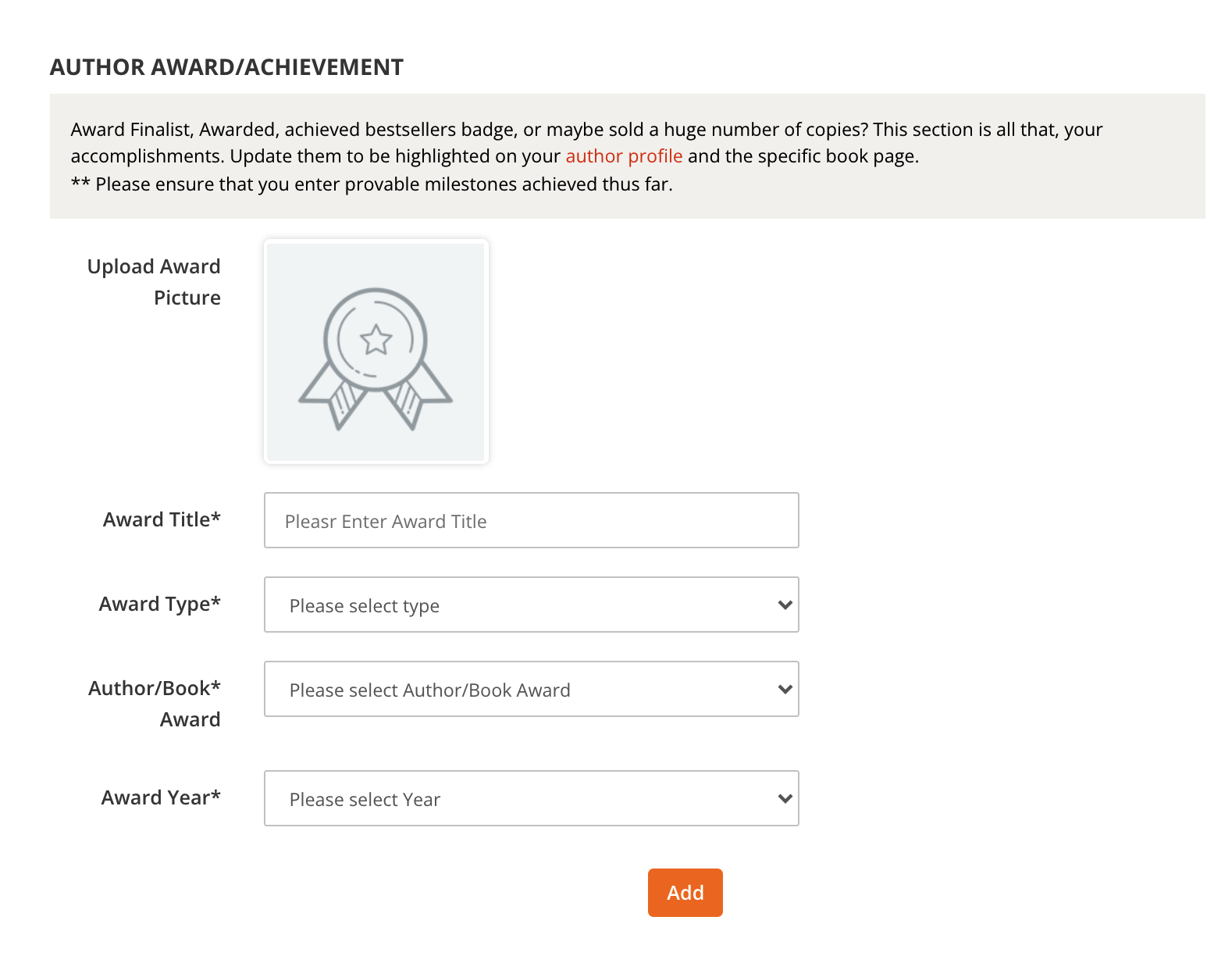 It can give you that leg-up over your competition and improve your book sales.

You can add your awards even if you’re a finalist. Or for that matter, any other significant accomplishment — like a huge number of book sales, getting ranked top on the Amazon’s bestseller list and a lot more!

What Type of Awards Can You Compete In?

If you’re wondering about the are some different types of awards that might be worth considering:

These honor excellence in specific genres, such as romance or mystery/thriller. Genre awards are both prestigious and useful to aspiring authors because they demonstrate expertise in one area. If you’re writing thriller novels and have won an award in the thriller genre, readers can take it as a sign about your specialization in thriller books.

Reader-based awards are also known as “people’s choice” or “peer” awards because they’re voted on by readers. Examples include the Amazon Breakthrough Novel Award, the Goodreads Choice Award, the IndieReader Discovery Awards, the People’s Romance Reviewer’s Choice Award and Romantic Times Magazine’s Reviewer’s Choice Award (among others). These awards are often juried by panels of readers or industry professionals, but it is always consumers voting for reader favorites.

You can compete for such awards, build your credibility and keep adding them to your profile! 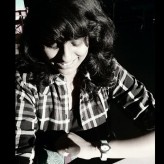 Running Out of Ideas to Promote Your Books? Here are 5 Ideas for You

How to Sell More Books During the Holidays